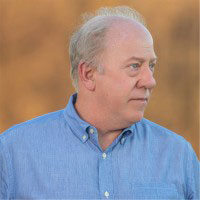 Before forming SRA, Mr. Quigley was a commercial mortgage banker with Latimer & Buck, Inc. between 1977-1979. From 1979-1985, he worked at Acorn Development Corporation and was responsible for all project financing. During his tenure, the company developed over 600,000 SF of office space.

This site uses cookies to improve your user experience.

NOTE: These settings will only apply to the browser and device you are currently using.

This site uses cookies to improve your user experience.